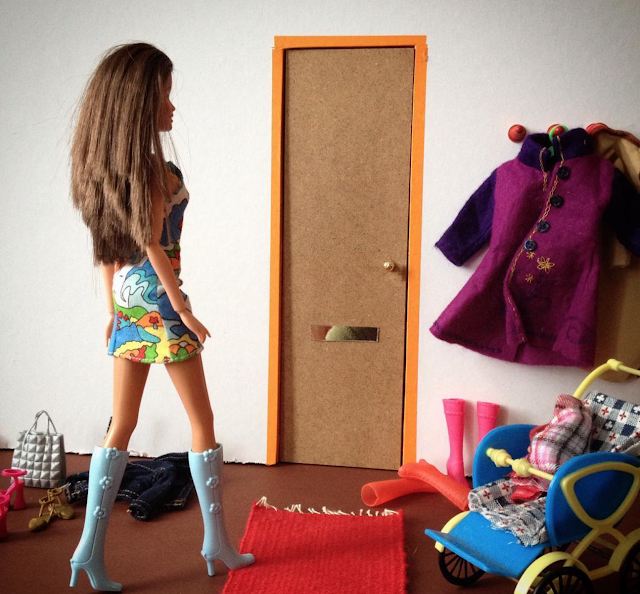 One day at Taylor's home the doorbell rings. Who could it be this time? 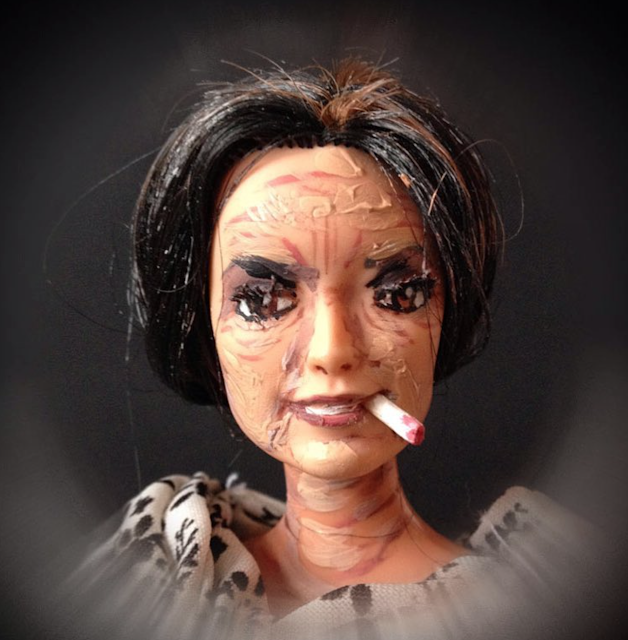 There's an old hag at the door! Taylor screams a bit, because that woman looks like a witch.
- You Taylor? the witch asks with a hoarse voice. The old woman comes in and blabbers in some strange language. Taylor only understands the words "moussaka" and "Geordi".
- Geordie is... Busy... she says. 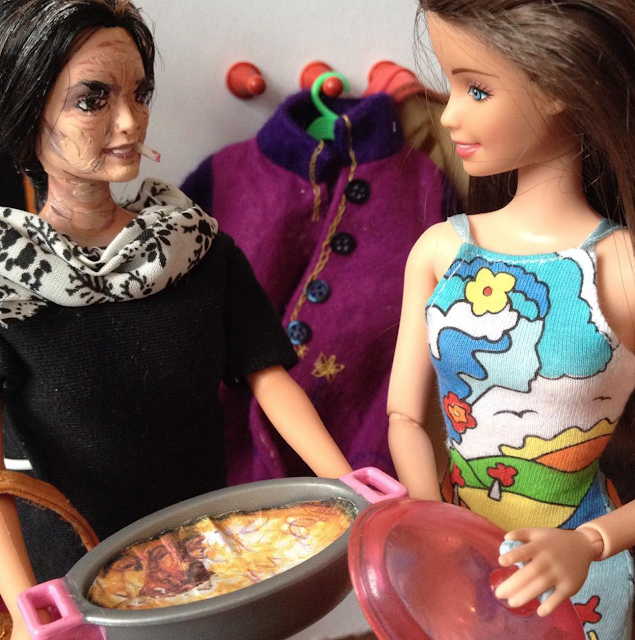 The old woman introduces herself.
- Me. Mama Filia. You. Skinny girl. Geordie hungry.
- Um... Nice to meet you Mama Filia, please come in. 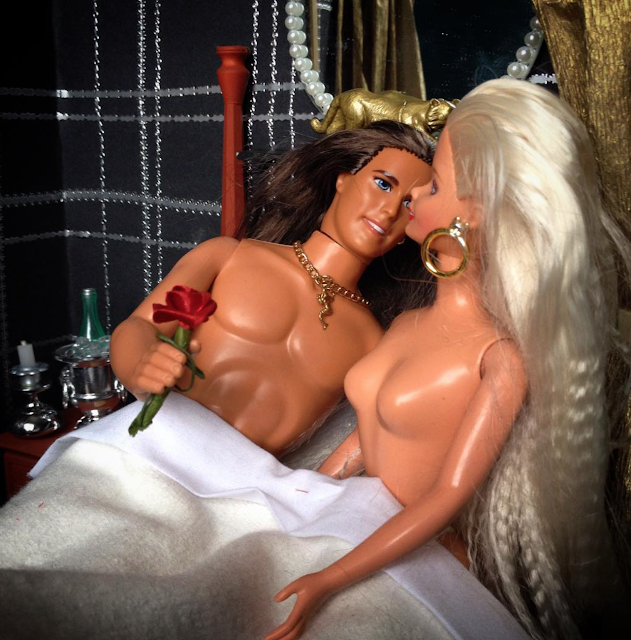 Meanwhile in Geordie's room. He feels a familiar scent in his nose... No, it's not the scent of a satisfied woman... Something even better... It's Mama's moussaka! 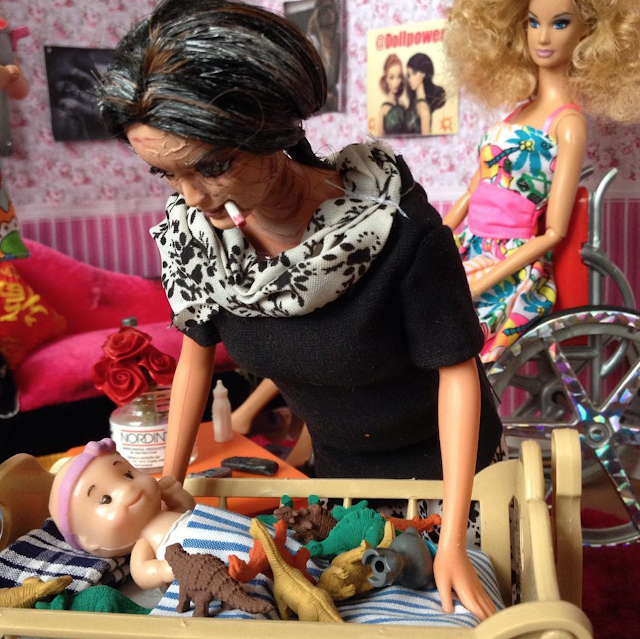 Mama Filia meets her grandson for the first time. 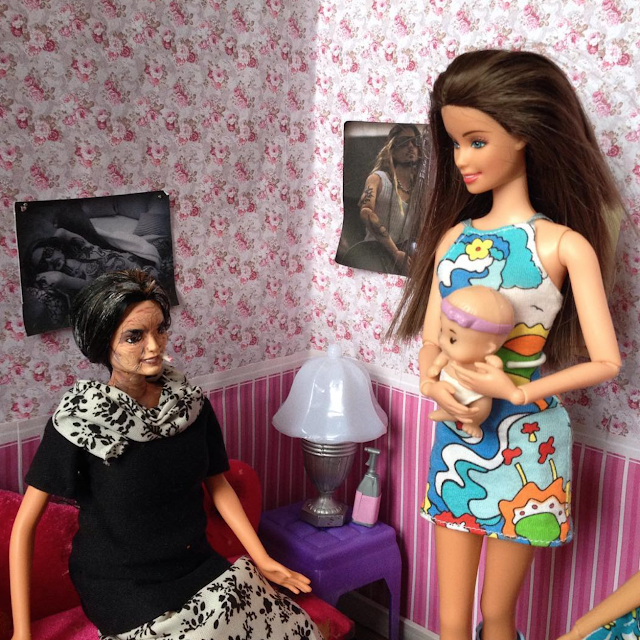 Taylor hopes that Geordie comes soon. She wants him to tell Mama Filia that she can't smoke around the baby. 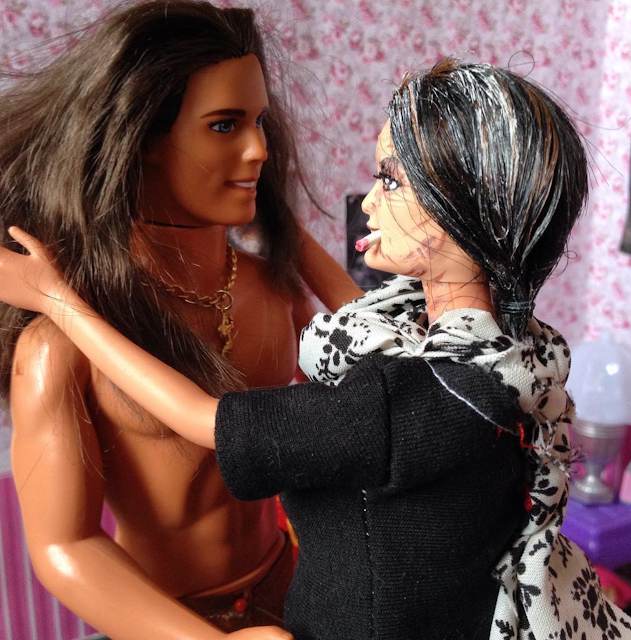 Geordie is extremely happy to see his mother! 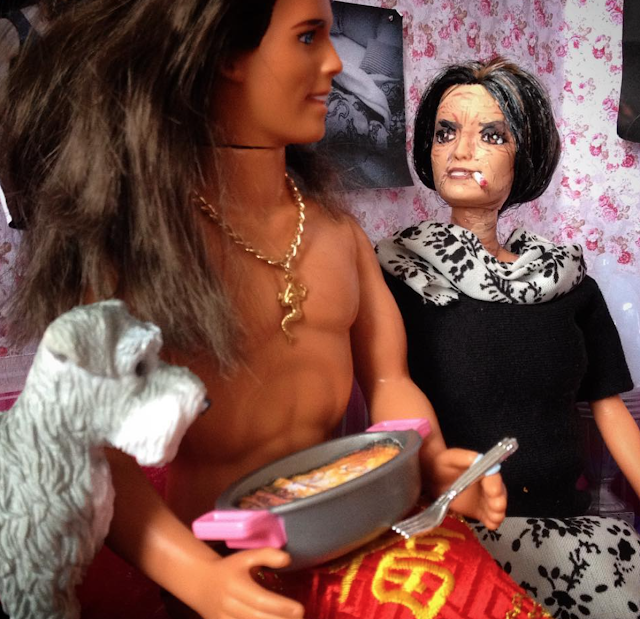 Geordie grabs the moussaka pot. He is in heaven. 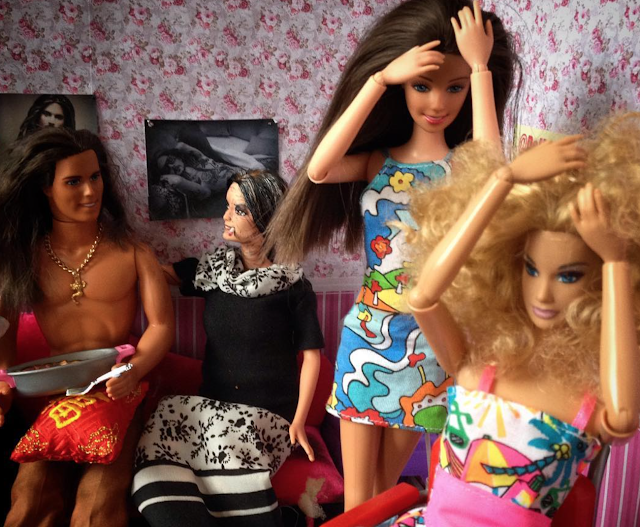 Geordie translates:
- Great news girls! Mama is not just visiting us! She came here to stay! How awesome is that!!!! 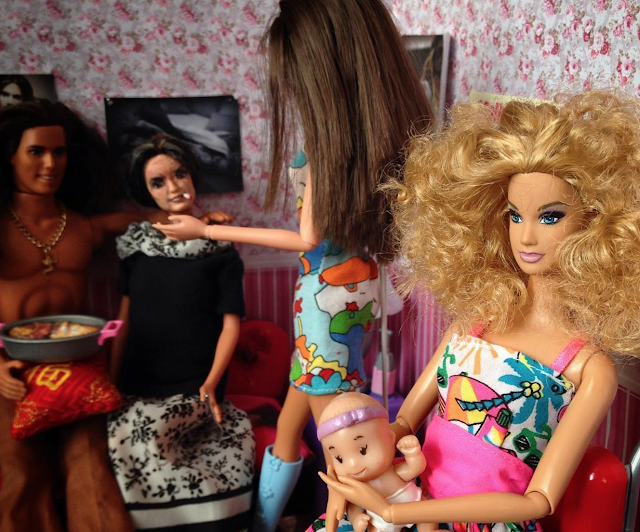 Taylor asks Geordie to make his mother stop smoking. Bur Geordie says:
- I can't do that! She's old! We must respect the elderly!
- Goddamn it!  Brigitte has had enough and she takes Jason to bathroom. 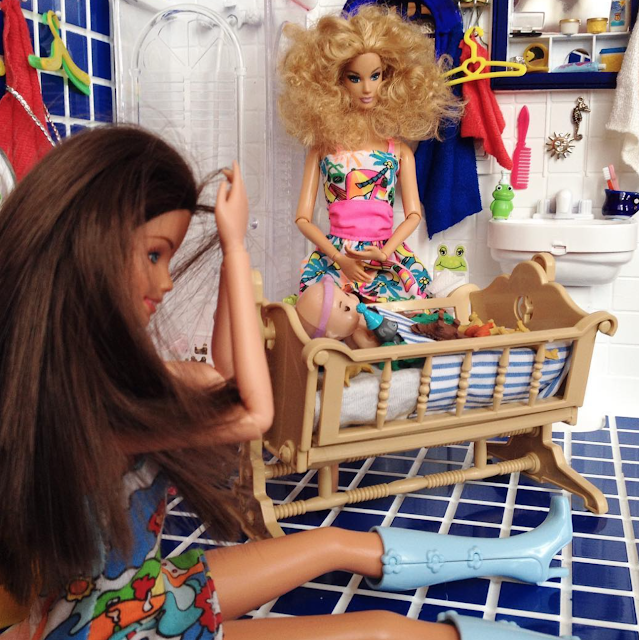 Taylor rushes to the bathroom. She is devastated.
- We need to get that witch out of our home!
- Maybe we should still try to solve this peacefully. We don't want to upset Geordie and risk losing Jason! Brigitte tries to calm her down. 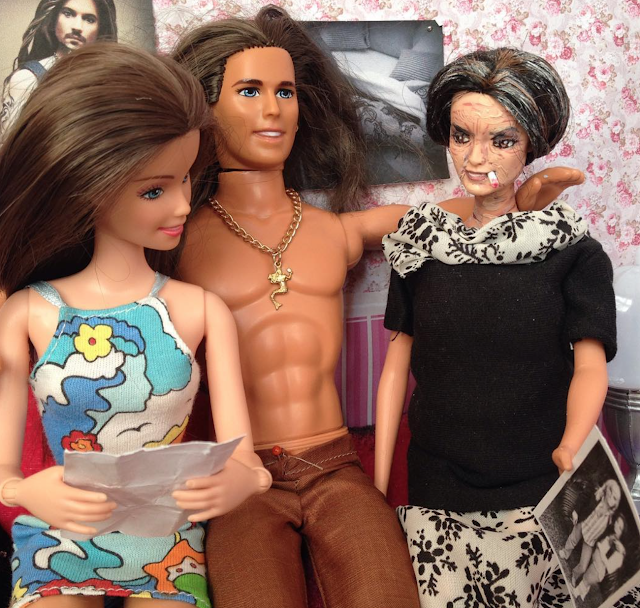 Geordie is a peace negotiator between the two ladies. Mama Filia has brought some old family photos that she wants to show to her new daughter in law. 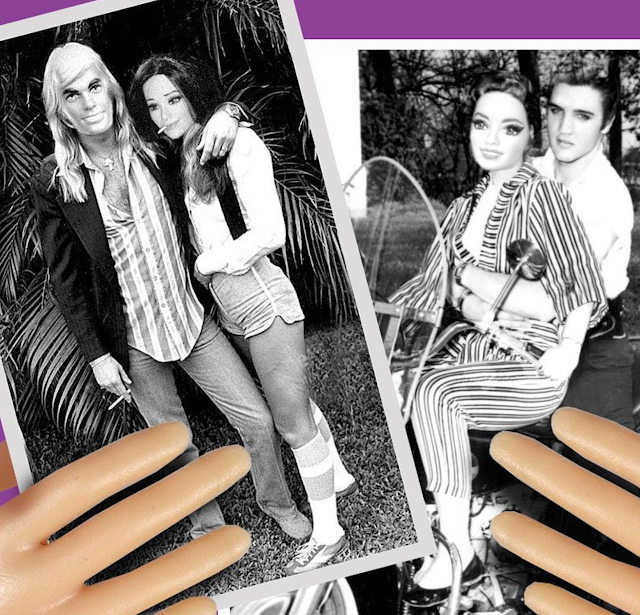 Mama Filia tells:
- On this left photo you can see me and Geordie's father Svante. He was a Swedish man on an interrail. We had lovely time together! He stayed in Greece for a whole week. I never saw him since. And in the other photo you can see my own mama as a young woman in the 50s. Riding on a motorbike with my papa!
Taylor:
- For heaven's sake! This is Elvis Presley.
Geordie:
- Yes! He is my grandfather! Haven't I told you before? I never met him. He died before I was born. 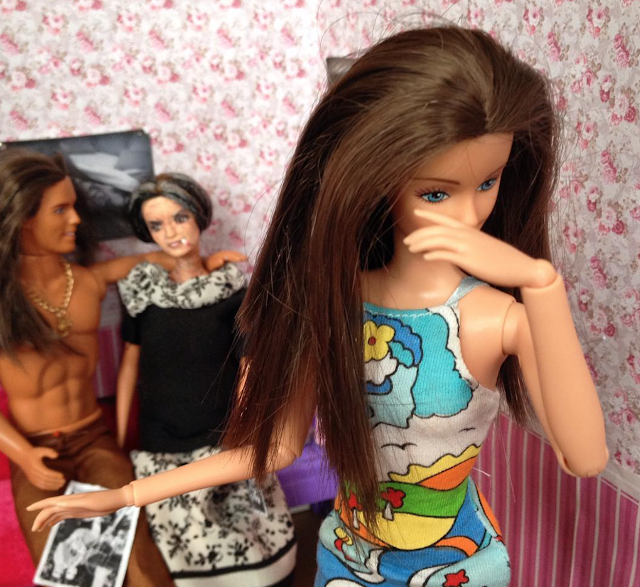 This is all too absurd. Taylor storms out of the room mumbling that Mama Filia is a sick old lying cunt. 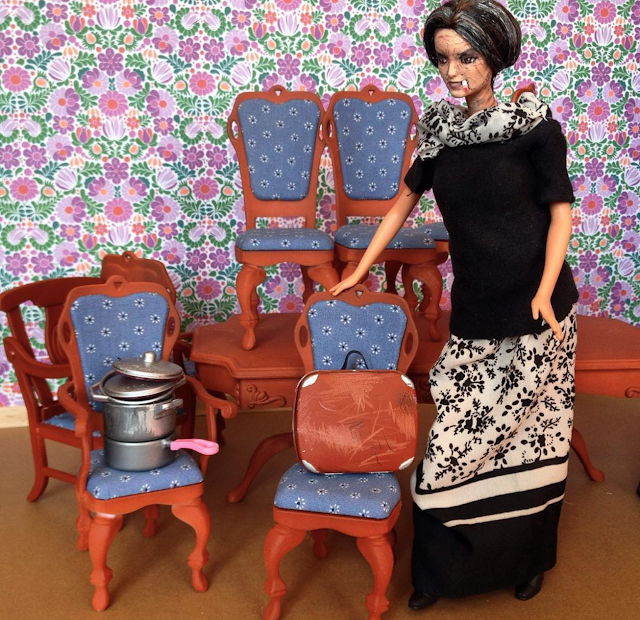 Mama Filia had all her inherited furniture shipped from Greece and she's taking over the kitchen. 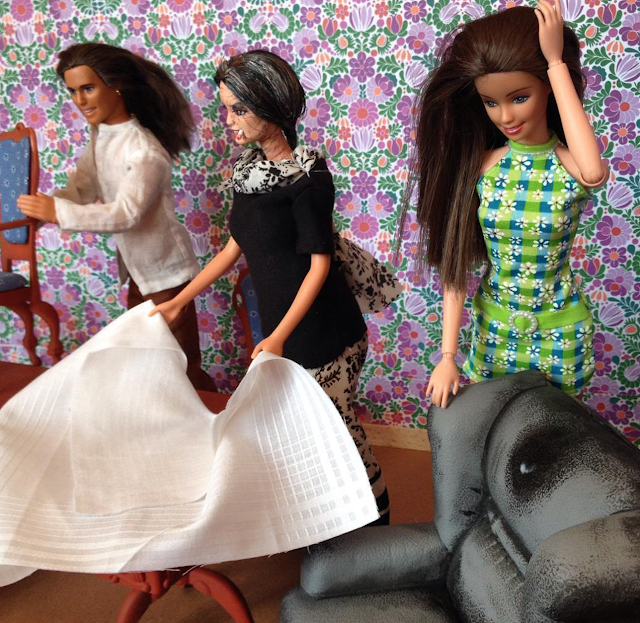 Taylor isn't too happy about the ugliest armchair ever seen. It stinks. 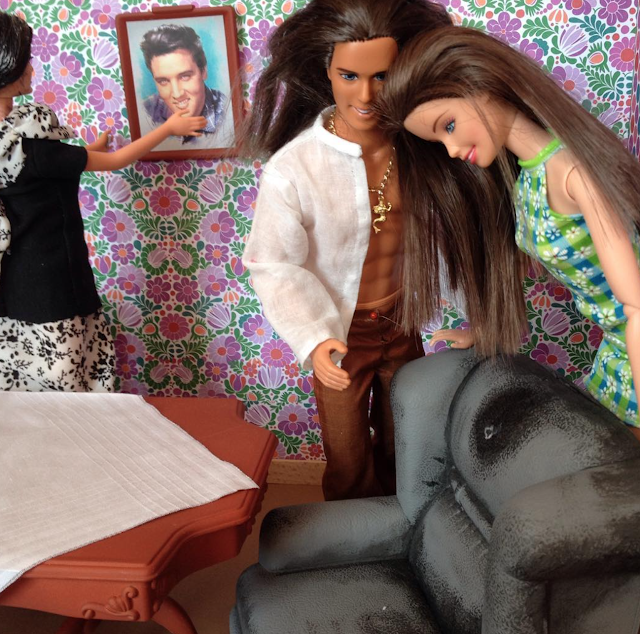 Geordie explains:
- This used to be the favorite chair of Pappos Elvis! See the shiny dark spot here? It's grease from his hair. Think about it. You have a piece of the King himself in your home. 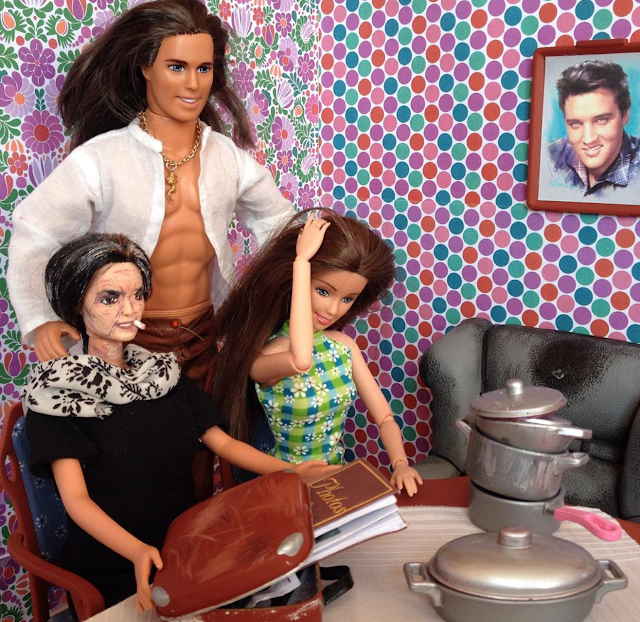 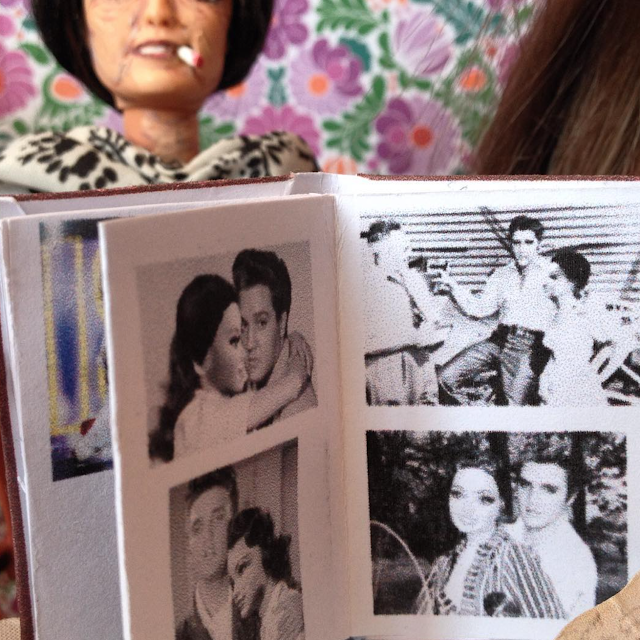 The album is full of photos of Elvis spending time with Filia's family in Greece during the 50s, 60s and even the 70s, when he already had lost his good looks. 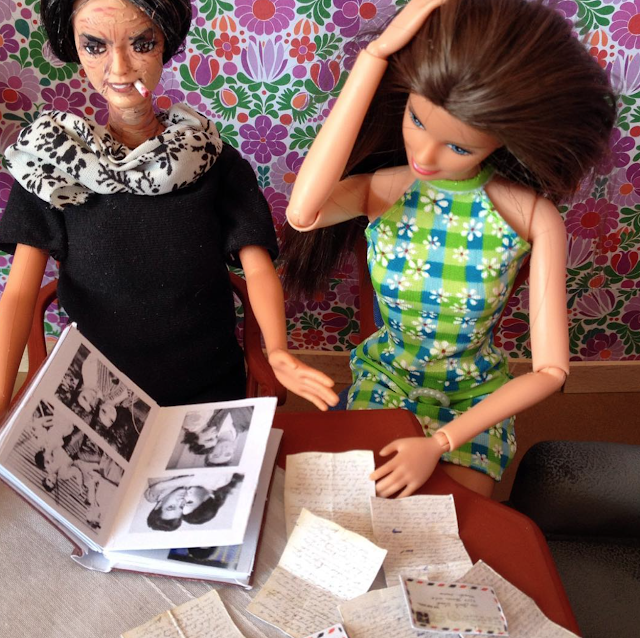 Filia even has all the letters that Elvis sent to her mother back in the good old days. It really looks like Jason truly is Elvis's secret greatgrandson. 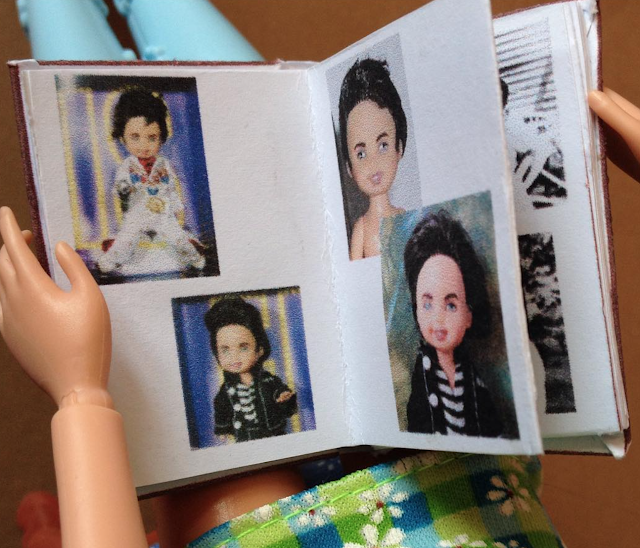 There are also photos of Geordie when he was little. Filia used to dress him as Elvis to honor her father's memory. 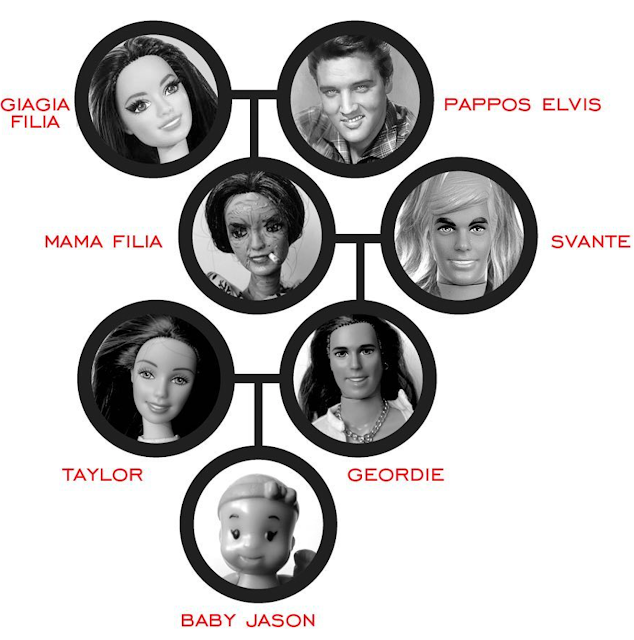 To avoid any confusion here is Baby Jason's family tree.